Movies that Matter Film Series at Tower Hill School
Tower Hill School believes that diversity in beliefs, cultures and points of view in all aspects of school life broadens and enhances the educational experience. Different perspectives are a source of strength, creativity, enrichment and renewal in the Tower Hill community.
The Movies that Matter Film Series invites Tower Hill parents to join in schoolwide conversations about inclusivity. These thought-provoking documentaries give us occasion to reflect on our own beliefs and challenge ourselves to consider the viewpoints of others. The films will also be shown during the school day to Upper School (not Lower or Middle School) students. 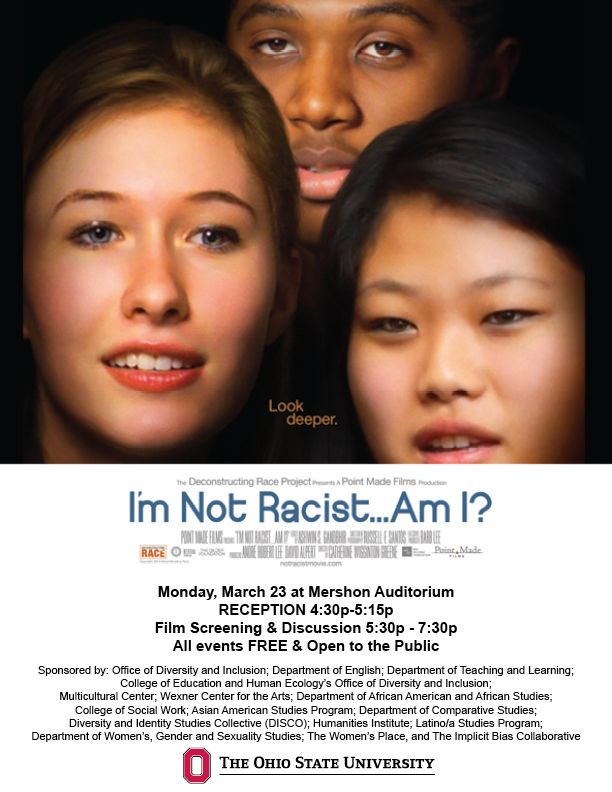 Film Screening: I’m Not Racist… Am I?
Followed by a Q&A discussion with director Andre’ Robert Lee
Thursday, Oct. 13, 6:30 p.m., du Pont Theater
Not recommended for students in Grade 8 or younger
I’m Not Racist… Am I? is a feature documentary about how this next generation is going to confront racism. The producers asked 12 teenagers from New York City to come together for one school year to talk about race and privilege in a series of workshops and in conversations with friends and family members. The hope was that by documenting their experience, the film would inspire others to recognize and interrupt racism in their own lives. The film is part of a larger initiative – Deconstructing Race – developed by The Calhoun School to create a multimedia platform to get young people, their teachers and their families talking – and doing something – about structural systemic racism. 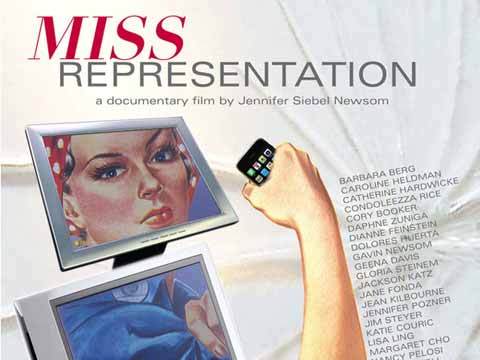 For adults and students in Grade 9 and higher only
CLICK HERE TO RESERVE A SEAT
Dr. Adam Foley from the University of Delaware will show only selected scenes from the film and conduct a discussion with parents at the evening presentation and with Upper School students during the day.

Written and directed by Jennifer Siebel Newsom, Miss Representation exposes how mainstream media and culture contribute to the under-representation of women in positions of power and influence in America. The film draws back a curtain to reveal a glaring reality we live with every day but fail to see – how the media’s limited and often disparaging portrayals of women and girls make it difficult for women to feel powerful and achieve leadership positions. In a society where media is the most persuasive force shaping cultural norms, the collective message we receive is that a woman’s value and power lie in her youth, beauty, and sexuality, and not in her capacity as a leader. While women have made great strides in leadership over the past few decades, the United States is still 33rd out of the 49 highest income countries when it comes to women in the national legislature. And it’s not better outside of government. Women make up only 4.6% of S&P 500 CEOs and 17% of directors, executive producers, writers, cinematographers, and editors working on the top 250 domestic grossing films. Stories from teenage girls and provocative interviews with politicians, journalists, entertainers, activists, and academics, like Katie Couric, Rosario Dawson, Gloria Steinem, Margaret Cho, Condoleezza Rice, Rachel Maddow, and Nancy Pelosi, build momentum as Miss Representation accumulates startling facts and statistics that will leave the audience shaken, but armed with a new perspective.
Film Screening: The Mask You Live In, directed by Jessica Congdon and 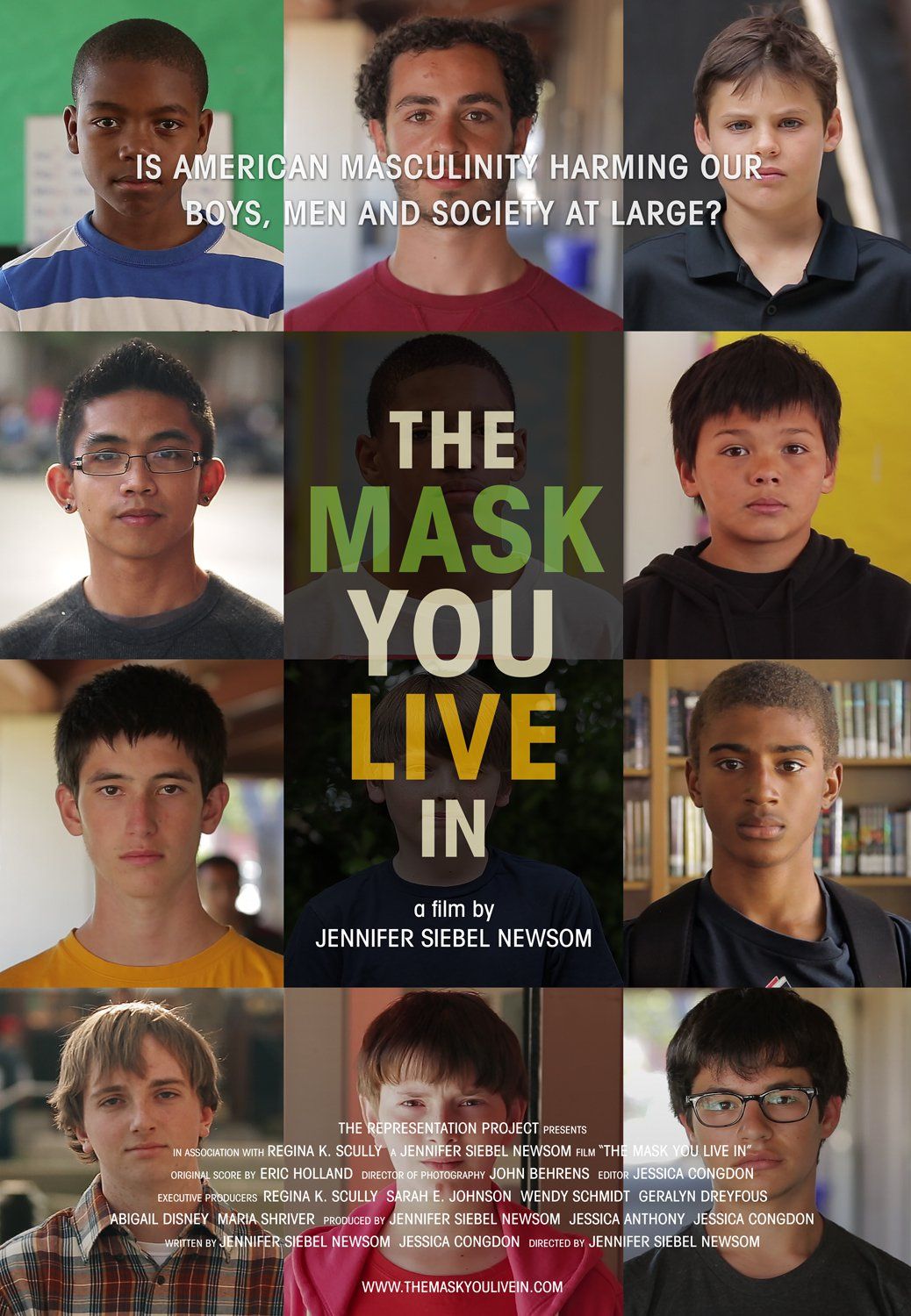 Jennifer Siebel Newsom
Friday, Jan. 27, 2017, 6:30 p.m., Math and Science Center Lecture Hall followed by a discussion led by Gregory Lloyd Morris
Not recommended for students in Grade 8 or younger
The Mask You Live In follows boys and young men as they struggle to stay true to themselves while negotiating America’s narrow definition of masculinity. Pressured by the media, their peer group and even the adults in their lives, the protagonists confront messages encouraging them to disconnect from their emotions, devalue authentic friendships, objectify and degrade women, and resolve conflicts through violence. These gender stereotypes interconnect with race, class and circumstance, creating a maze of identity issues boys and young men must navigate to become “real” men. Experts in neuroscience, psychology, sociology, sports, education and media also weigh in, offering empirical evidence of the “boy crisis” and tactics to combat it. The Mask You Live In ultimately illustrates how we, as a society, can raise a healthier generation of boys and young men.
Gregory Lloyd Morris is a native of Los Angeles, CA. A proud father of three, he earned a Bachelor’s Degree in Behavioral Science from Wilmington University in Delaware and an MFA in Playwriting at Temple University. As Chief Creative Director of The Morris Project, Mr. Morris writes and produces independent theatre and film, with a focus on community issues. Currently, Mr. Morris is the Manager of Cultural Affairs in the Mayor's Office for the City of Wilmington.  He is also an adjunct professor in the Black American Studies Department at the University of Delaware, where he teaches Race, Image in Media Culture.