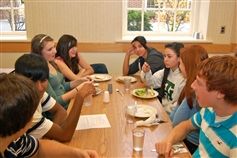 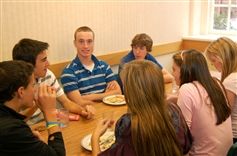 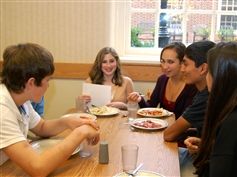 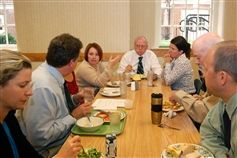 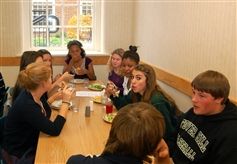 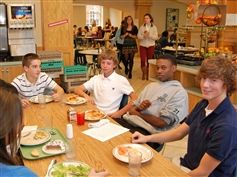 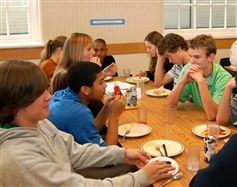 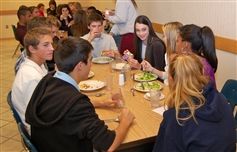 Upper School "Mix It Up" Day

On November 10, the Tower Hill upper school joined almost 3000 other schools in the annual “Mix It Up Day.” During assembly, the Diversity Club showed two clips from the show What Would You Do?. This series recreates common, yet horrific, situations with actors and secretly films how the bystanders react. The shows played involved racism in shopping and Southern prejudice towards Muslims. Students were confronted with the ethical question: would they have aided the people who were publicly abused?

The second part of “Mix It Up Day” involved discussion at lunch. Students were assigned tables, where they sat with people of other grades and interests. Diversity Club members facilitated the discussion at each table. Students shared their thoughts about the What Would You Do? video clips and divulged their personal experiences. The goal of the exercise was to promote friendships between grades and groups in Tower Hill School and to foster the discussion of issues of race, ethnicity, gender, and sexual orientation.