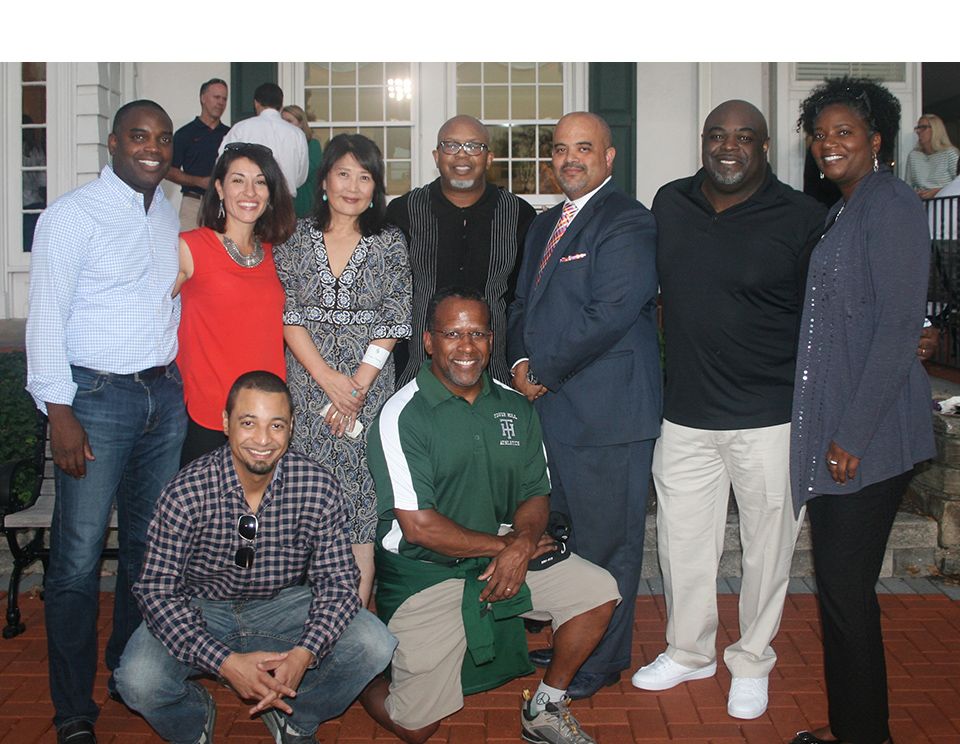 10/13/2020
By Melissa Pizarro, Associate Director of Advancement
A group of grateful alumni and supporters established the African-American Scholar Endowment Fund, which provides financial assistance for one or more African-American students entering Tower Hill in Grades 7 through 12 who demonstrate academic excellence and ambition with an aptitude in athletics and the arts.
In 2016, Matt Twyman ’88, now Director of Alumni Relations at Tower Hill, was at a crossroads in his career and paused to reflect on his successful educational and professional journey.

“I thought much of the success I had was due in large part to the education and relationships I had established from my Tower Hill experience,” Twyman said. “I considered the sacrifice that my parents had made and the forethought they had to provide my sister (Tracey Twyman ’85) and me with the opportunity to attend Tower Hill. I thought about the struggles they had endured financially to make THS a reality for us.”

Twyman had an idea and began the conversation with some close family and friends who were also fellow Tower Hill alumni: his sister Tracey Twyman ’85, Mo Holden ’85, Robb Gardner ’84, Monty Hayman ’87, Stephanie Hayman ’88, Tony Garcia ’87, Carmen Wallace ’93 and current Tower Hill parent Rochellda Adderley. They were all in agreement that while Tower Hill provided them all with unsurpassed educational opportunities, they came at a great price to their families. Many of their parents had to work two or more jobs in order to afford tuition, and carpooling and/or public transportation just to get to and from school were the norm—things they felt many of their classmates had taken for granted.

“We wanted to give back and help provide opportunities for Black students—not a hand-out, but a hand up,” Twyman said. “We all understood and continue to understand that one of the greatest barriers to entry to Tower Hill is the financial requirement. We feel it is important to try and remove that barrier.”

A short time after their first conversation, Twyman and each member of the group he had assembled made a financial commitment to Tower Hill to establish the African-American Scholar Endowment Fund. Income from this endowment is intended to provide financial assistance for one or more African-American students entering Tower Hill in Grades 7 through 12 who demonstrate academic excellence and ambition with an aptitude in athletics and the arts.

As the establishing group continued to reach out individually to family and friends to request additional support, the endowment continued to grow. In 2018, Monty Hayman ’87 coined the phrase, “$100,000 by 100,” and with that, the group had its challenge. They began to reach out to their extended network to grow the fund to $100,000 in honor of Tower Hill’s 100th birthday in September 2019, adding board chair Eric T. Johnson, M.D., and immediate past chair Michelle Shepherd to the list of fervent supporters. As of spring 2020, they had amassed 31 total donors to the fund and surpassed their $100,000 goal.

To Twyman, however, the work is just beginning.

“We are so grateful to all those who support our vision that we were able to achieve our goal and award funds this past year to a deserving student,” he said. “However, the more we raise, the more students we can impact with this generosity. In the spirit of ‘to whom much is given, much is expected’: We all benefited from others’ generosity, so we all want to be part of something bigger than ourselves—and that gives others who are qualified an opportunity to attend a premier institution. When you can give back, you should feel obligated to do so at whatever level you can.”
Back
conversion=0&campaign_id=0&m=1&c=Tower_Hill_School_conversion&sifi_tuid=61379">