News and Media
Date Posted
No comments have been posted 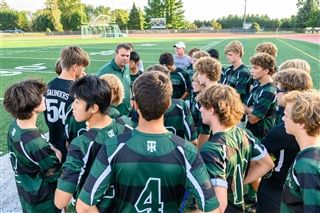 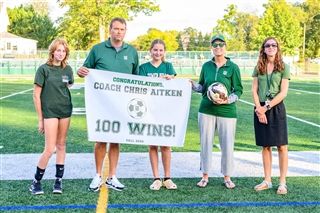 9/26/2022
On Friday, Sept. 16, Coach Chris Aitken earned his 100th win as Tower Hill's boys soccer varsity head coach. In his 10th season in this role, along with Charles Sharon who has served as an assistant coach with Chris each of those seasons, the Hillers have now posted a 100-38-10 record, which includes the 2014 team that earned a runner-up finish in the state championship and the 2016 team that won the state championship. Beginning as a JV coach in the boys soccer program in 2004, Coach Aitken is currently coaching in his 19th season at Tower Hill, which includes serving as an assistant coach for the boys soccer varsity team from 2005-2012 before taking over as the head coach in 2013.

Congratulations to Coach Aitken on this tremendous coaching milestone!
Back